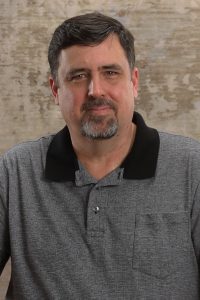 In the 2010 movie, Clash of the Titans, Perseus’s human step-father, Spyros, utters this line in response to the gods abandoning humanity:

So here we are in 2018 and I find myself thinking the same thing when it comes to the state of science fiction and fantasy and those who have claimed the title of gatekeepers and leaders. For some time now they have led the two genres along a dark path. Science fiction/fantasy used to be about escaping the real world and enjoying well-produced stories of great adventure on the written page as well as the big and small screens and game boards.

Over the past decade or so a certain mind set has insinuated itself into the leadership of science fiction/fantasy – the Science Fiction and Fantasy Writers Association and World Science Fiction Society along with a few other institutions – have steered their organizations toward a more political/social activism bent.

These organizations were originally formed to help promote science fiction/fantasy and the talented artists who create a wide variety of worlds that we enjoy exploring. Today’s leadership seems to have forgotten that – to the point of blackballing authors for the sole reason that these writers don’t share the same political or social viewpoints as they do.

They are no longer promoting science fiction/fantasy.

Today is that day. I am standing up and saying: Enough is enough.

Scroll back to top